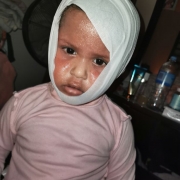 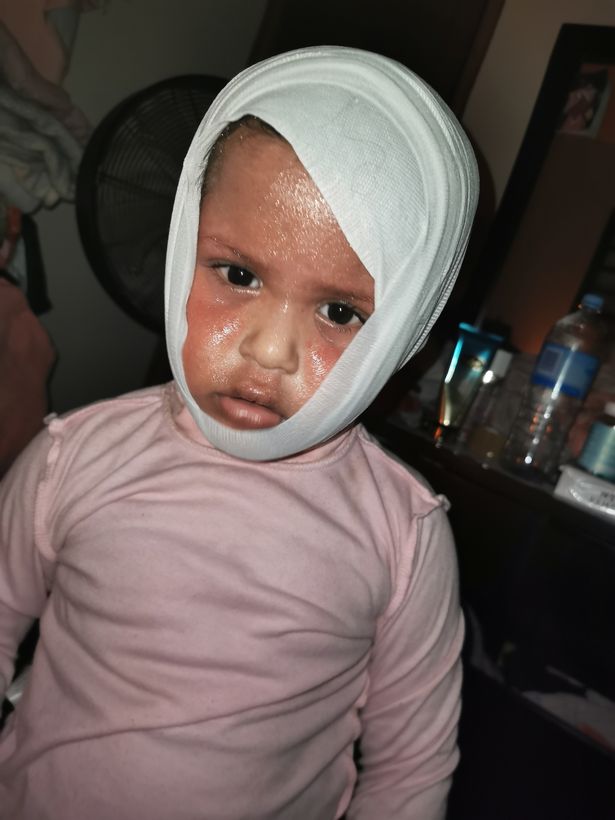 Derived from different factors and manifested in different ways, violence committed against children is a problem of significant importance, not only in today’s society but throughout history. One of its manifestations was called Battered Child Syndrome, defined as that in which the child is the victim of deliberate non-accidental physical trauma caused by one or more people responsible for their care.

The consequences for the victim are, in general, very harmful. They converge to physical and psychological sequelae, which impact their social life and their behavior, due to the period of neuropsychomotor development in which this age group is.

Understand the importance of the physician in combating this problem and how you should proceed in the face of suspected abuse identified in contact with patients.

At certain times, there was legitimization and even legalization of child abuse. In the 13th century BC, in the Hebrew civilization, a law was in force that punished children considered rebellious, with penalties that could reach stoning, depending on the decision of the council, which intervened when the parents could not fulfill the instructed acts. In the Greco-Roman Empire, infanticide was common against children with disabilities or simply unwanted and undisciplined.

In addition to part of the legal instruments, many beliefs also portray children as inferior beings and report cases of violence: in Catholicism, Abraham almost sacrificed his son, in Genesis; in Greek mythology, Cronus, father of Zeus, killed his first five children; in Mexico, the natives offered the lives of children to the gods in exchange for a good harvest. In turn, the theologian Saint Augustine spread the idea that they were a symbol of the force of evil.

More recent to this – and as a consequence of the built-in mentality – until the 20th-century corporal punishment was allowed in schools in various parts of the world. In London, for example, this practice was only abolished in 1985, in a close vote in Congress. In the United States, in the sixties, black children were constant targets.

Despite this scenario seeming far from the current reality, the idea of ​​physical punishment as a disciplinary instrument is still present, especially in the family environment, as it often exceeds acceptable limits and poses serious risks to those involved.

The emergence of the Battered Child Syndrome

The first report of consequences to these rapists was in New York (USA) in 1874, with the case of Mary Ellen Wilson. The girl was abandoned by her mother and later lost her father in the Civil War, being taken care of by her stepmother and her husband, who beat her and neglected her. The abuse was only intervened thanks to the society protecting animals, under the allegation that the child belonged to the animal kingdom.

The term “battered child”, in turn, was present for the first time in a work by the French forensic doctor Ambroise Auguste Tardieu, in 1860, based on the study of eighteen infant deaths whose injuries (burns, fractures, and ecchymosis were the most frequent ) did not correspond to the history collected in the service.

The Battered Child Syndrome was recognized by the American Academy of Pediatrics in 1962 when mentioned in a paper by doctors Henry Kempe and F. Silvermann. According to their observations, it was common among young children, presenting serious injuries from different times, with inadequate explanations given by the guardians and with a diagnosis based on clinical and radiological findings.

In Brazil, for example, the first case of child beating was described in 1973 by a professor at the Faculty of Medical Sciences of Santa Casa de São Paulo. Since then, the growing concern with the problem culminated in the implementation of the Child and Adolescent Statute (ECA) in 1990, responsible for ensuring the rights and full protection of children and adolescents.

In the face of suspected or confirmed cases of abuse against children and adolescents in the care provided, both in the public system and in private offices, the ECA establishes mandatory notification by health professionals. Failure to comply with this duty constitutes an infraction provided for in Article 245 of the Bylaws:

Art. 245 – Allowing the doctor, teacher, or person responsible for health care and elementary education establishments, pre-schools, or daycare centers to communicate to the competent authority cases of which they are aware, involving suspicion or confirmation of child abuse or teenager:

Penalty – fine from three to twenty reference salaries, doubled in case of recurrence.

In addition, the professional may also respond to criminal proceedings for an infraction provided for in item II of Article 66 of the Criminal Offenses Law (Decree-Law n° 3.688, of 03.03.41).

Despite these artifices, underreporting is part of Brazilian reality. Some of the factors that contribute to this are lack of preparation of professionals to identify warning signs and lack of knowledge about the ACE.

Some clinical evidence is:

Other signs of child violence in general:

Profile of the victim of maltreatment (Human Rights Hotline report 2019):

How to act during the consultation

In view of the identification of signs of abuse, the physician must go to one of the three bodies responsible for taking the necessary measures:

It is extremely important that communication is carried out as quickly as possible, given the need to take urgent measures in some cases.

It is noteworthy that there are no consequences of violating the duty of professional secrecy, as notification of the situation is required by law.

Finally, it is essential that you, a doctor or a medical student in training, be aware of the situation described, so that you can identify the warning signs, proceed properly, and contribute to combating child physical abuse, manifested in form of Battered Child Syndrome.

Looking for a similar assignment? Get help from our qualified nursing experts!

HOW OUR SERVICE WORKS

Choose the type of paper you need to be written, the number of pages, deadline, and other requirements.

Select a payment method from our flexible options

You can monitor the progress of your assignment through every stage of its development.